Albanian Business Partner it's an ICT company with experience in software development, software testing, body lease, web/app applications, digital marketing. We deliver tailored software according to the needs of each client. Our agile teams work with the best technologies to provide always high-quality solutions.

I’m not going to keep you in suspense, European developers are good, but they’re some way from being the best.
We’ve cross-referenced all the data that SkillValue has with the data our competitor, Hacker Rank, gets from the same kind of programming skills testing program.

As far as we’re concerned, there are whole areas of the world we don’t target and about which we have only sporadic data. Such is the case for the United States, China, and most of the Far East, where Hacker Rank, on the other hand, is far more present and comprehensive than us at the moment.

However, we are probably about as accurate as they are when it comes to Europe, and, like them, we have established a ranking.

Generally speaking, except for France and Russia, we have come to the same conclusions as they have about the Old World

Overall, Eastern European countries are very well represented in the 2 rankings, the best being countries like Slovakia, the Czech Republic, Hungary, Poland, Romania and Bulgaria. In a nutshell, they run rings round countries from Western Europe, particularly the UK and France, who are lagging far behind in both rankings. Only Italy, Germany, Sweden and Switzerland outperform Bulgaria and Romania. The top three are way ahead.

The Hacker Rank and SkillValue rankings are very similar for these countries, although not identical. The data are 80-90% in agreement.
France* and Russia* … hugely divergent measurements

We found France to be in 30th position worldwide (and 24th in Europe), whereas Hacker Rank rates France as number 8 worldwide. I really hate to say this, but for this country I honestly think that we’ve measured far more engineers than they have. In fact, France’s score was more or less average for an “old” IT country. It may very well be that the data we have for France is almost too complete, because our tests are so popular there. Because we also find that France is over-represented in the excellence section – it’s up there in the top 5. Later we’ll see how the performance of countries that are traditional actors in the technology sector, and who appear to be doing less well, must be put into perspective (France, UK, USA).
France* probably deserves to be in a higher position than number 24 in Europe, but in a lower one than the number 4 in Europe that has been assigned to it by Hacker Rank.
Hacker Rank puts Russia at world number 2 and we have put it at number 23, our ranking being chiefly Europe-based.
But, as Russia* is a huge provider for the American digital economy, they almost certainly have more data at their disposal than us. This puts their ranking at an advantage.

What purpose do these two rankings serve?

At the end of the day, choices are made for economic reasons. These rankings can give us an idea of the value for money each area offers when deciding where to set up shop or to look for a new partner. Neither we nor Hacker Rank take either political risks or cultural or linguistic issues into consideration. We only look at how people perform when executing coding exercises or dealing with technical issues.

Overall, any country that is ranked above 30 by Hacker Rank or 20 by us can be considered excellent.
The case of the older IT countries: France, UK, US

These three countries’ performances don’t look too good at first, despite a pretty good level of education. How is it that all the Eastern European countries do better than Silicon Valley, the City or Paris with its world-famous schools of engineering? It’s also interesting to see how the American economy’s former satellite countries – India and Latin America – also get fairly average scores. The same goes for the Maghreb with its privileged relationship with France. Unfortunately, it has yet to make any kind of impression on the HR ranking. The area is represented by Tunisia in just 38th position, Algeria at number 41 and Morocco at number 43.

Our data on these populations are highly consistent and much of it comes from schools – which, from another perspective, looks extremely positive in terms of the future of these countries.
In fact, a significant proportion of the people taking our tests in these three countries come from older technologies and applications, with older working methods, and that shows in the way they code. On the other hand, they have much bigger populations, and there is no doubt whatsoever that they have greater numbers of very highly skilled workers than the smaller, higher scoring countries. So it’s all relative. Just as far more “quick and dirty” goes on closer to home, whereas nearshore and offshore, quality comes in spades.

Why are Slovakia, Poland, Hungary and perhaps Russia so very far ahead?

For the same reasons, but the other way around. These countries have little in the way of IT legacy.

All their tools, technos and practices are really modern and they work with the very latest products and startups.
From this point of view, our Pentalog Software Factory development centers fit the description exactly, be they in Romania, Moldavia or Vietnam. Working for 1000 startup clients really helps! Interestingly, our ranking puts Vietnam just in front of France.

That being said, would it be a good idea to set up shop in Budapest for example? In my opinion the population makes it a great place to build a center – but it’s a very small population.

But the country currently offering the very best in terms of population and value for money is definitely Vietnam.
We reckon it wouldn’t take long for the Maghreb to be up there too if it could just modernize its technologies faster. These countries are all suffering from the India effect, whereas Eastern Europe, Vietnam and definitely China are not.

Lastly, in an era of continuous delivery and DevOps, your teams can be absolutely anywhere and this type of information can give you a few clues when it’s time to choose. One area really can offer much greater advantages than another at the same cost. It’s a way of calling a halt to the West’s fantasies about its own excellence and making rational, properly documented decisions.

Check out our ranking of countries by IT skills as measured by tests:
France comes 30th, well behind Eastern European countries

What do they say

It has been a pleasure to working with ABP over all the years, we enjoyed ...

We just completed our new website with Albanian Business Partner, which he...

Balfin Group has worked extensively with Albanian Business Partner during ...

In 2013, the Down Syndrome Albania Foundation required help “Albanian Bu...

It was a pleasure to work with Albanian Business Partner, they have been p...

Proton Group has worked with Albanian Business Partner for a long time on ...

Highest appreciation for the excellent team of ABP Company, run by Juli. W...

I have been working with Albanian Business Partner for many years and it i...

There are web-developing agencies, and then there are brilliant user exper... 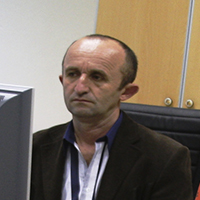 The creation and implementation of the "EMS Database" is a challenge on it...

Our collaboration with Albanian Business Partner has started with the desi...

Our company launched a completely revamped website and couldn't be any hap...

Our collaboration with ABP has been great so far. Their management skills ...

Te Electronics has worked with Albanian Business Partner for a long time o...

ABP has been the ideal partner for our company throughout this period that...

If you are looking for more information about Albanian Business Partner's services, solution or technology, contact us to discuss your challenges.